How Can You Be Angry When… Part 1 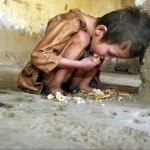 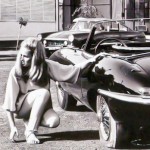 Have you noticed how almost any anger management book or therapist will open up a conversation with “Anger is a normal and healthy emotion?”  Seriously, almost anything you read starts with this phrase and then a minute later they start telling you how unhealthy it actually is.  So which is it? Is normal or not normal? What about Read more

So let’ see… Where can this beast be possibly be perceived as your power?  Right this very moment I’m having a very hard time envisioning a powerful and angry man that brought a lot of positive change to this world.  Maybe George Bush who got angry at Bin Laden and flattened entire villages in revenge Read more

It’s become a common cliché among anger management gurus – “anger, if managed with good techniques, and directed towards a positive change, is a useful emotion.”  This text is from one of the most popular books on the topic that one can buy on Amazon:  “Anger is a normal human emotion. It serves a variety Read more