Its not a secret – it is impossible to be happy and angry at the same time.  While it is commonly accepted that psychological effects of prolonged anger are very harmful very few ever mention the damage this tension can inflict on our true home – the body. This stressed state was useful in ancient times – Read more

Curious Facts About What Science Says About Your Brain and Anger 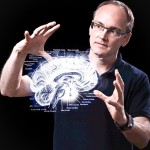 Most people say anger is an uncontrollable reaction to external events that “tickle” our sensitivities. Scientists say anger is a sense of perceived threat that triggers a so called flight or fight response, causing you to feel threatened or defensive, and consequently – angry. Some research shows these reactions are exacerbated by head injuries or other trauma.  But is this Read more

Have you ever been driving down the road to a tune of some pleasant beat on  the radio, dreaming of your next Caribbean vacation when suddenly some schmuck on the cell phone cuts in front of you, slams on the breaks and makes a sudden exit off the freeway? Oh oh… how do you feel Read more

If a small thing has the power to make you angry, does that not indicate something about your size?
-Sydney J. Harris