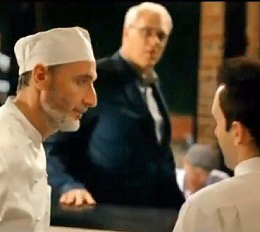 “Anger is the enemy of instruction” – if the phrase rings the bell then you must have already seen the new AUDI commercial featuring NBA’s Phil Jackson.  This has got to be one of the  most fascinating ads I’ve ever seen.  It’s deep, classy and intriguing nature made me jump up from the chair when I saw it.

There are so many possible interpretations of the scene and so many angles… Before you read on though I invite you to watch it a couple of times, give it a thought of what it means to you, make some mental notes and then check out my humble observations below.

Liked it?  Hope you did.  There are quite a few elements to this exchange.  After the chef yells at his staff guy, Phil’s remark is: “You know, I found that anger is the enemy of instruction.” The chef replies: “You don’t know the egos I have to deal with,” but the magic really happens when Phil smiles kindly and says “You’re probably right,” and walks away…  Beautiful.

This wonderfully demonstrates a point that anger is a poor vehicle of delivering a message.  It blinds people so bad that they don’t recognize great things happening right in front of their nose. The cheff is so arogant and drunk with his own ego that he fails to recognize Phil, let alone see the wisdom in his words, demonstrating that anger is indeed an enemy of instruction.

Of course an extra heap of irony is added by the fact that Phil himslef has dealt with some of the biggest egos in the profession (think Dennis Rodman, Kobe Bbryant, Shaquille O’Neal) and has mastered anger management techniques so well that he handled the situation in the most elegant way – by simply knowing which fights to pick and (in this case) by simply humbly conceding and walking away.

Interestingly enough, neuro-scientists support the finding that when faced with aggression people simply shut off and can not fully understand and remember instructions. This is partially due to the fact that the reasoning part of the brain is hijacked by the primitive part of the brain that serves a function of survival.

I’ve always said that emotional intelligence pays.  That is why I loved this commercial so much. The chef was left standing there feeling like an idiot.  Phil on the other hand, acknowledged the valet guy by his name, jumped into his brand new Audi and stylishly drove away.  Who could have imagined that a TV ad can so skillfully teach one something about life. 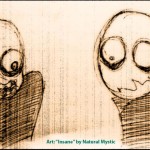 Can Anger Really Make You Sick as a Dog?
{ 0 comments… add one }

Next post: The Bigger the Ego, the Stronger the Anger and Five Ways to Crush It