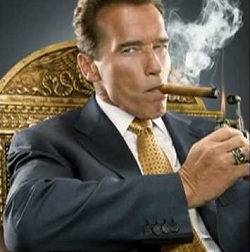 Another day I had a “chat” with Arnold Schwarzenegger (Ahnuld) and asked him to share with us his timeless wisdom and one of his favorite anger management techniques.  What follows is a brief advice to be taken to heart if you truly want to be a “BIG DOG”.

P.S. In case you’re having some difficulties with Ahnuld’s Austrian accent you can find the transcript below.

“Listen Everybody… If you get angry and lose control then I want tell you a secret… ANGER IS FOR SISSIES.

You see, anger is a sign of weakness… Why? Because big dogs don’t bark. They don’t need to. You need to become a big dog… like me! HA HA

I want to give you three rules how not be an angry sissy and be a big dog.

Rule Number 1: Don’t be a sissy and don’t bark. PERIOD.

Rule Number 2. You’ve got to respect other people’s opinion without getting angry… and then do what YOU want.

Rule Number 3. If you don’t want to be a sissy, learn how to manage your anger and fight fairly. But most importantly – don’t bark.

If you are angry, your children will be angry too. They will pass it on to your grandchildren. If you don’t want sissiness to be part of your legacy then act like a big dog. (Insert a photo of that angry kid) 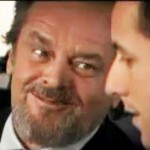 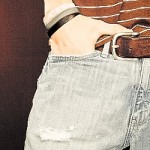 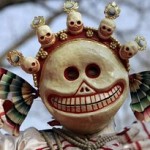 Next post: 8 Keys to Recognizing the Faces of Egocentric Behavior

Previous post: Mirror Neurons and Why Anger is so Freakishly Contagious