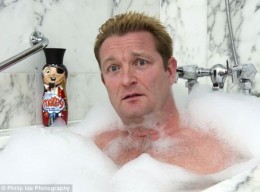 It’s 6:30 pm.  You’re finally home. Kenny G is “in da house” and your nose is in the fridge sniffing for something to munch before your lover boy is home from work.

You kick back on the couch sifting through your mail when you hear those anticipated foot steps.  Only this time they sound more like stomps. You hear cussing behind the door because the door and when he finally comes in he dramatically declares his arrival by slamming the door.

“Oh oh..” The cuddly bear that left this morning has morphed into a Lochness monster – again.  He has either been fired or gambled away his entire salary. In any case, you sense your night is about to turn into hell.  What do you do?!

My friend Catherine used to find herself in this scenario more often than she cared to admit even to her closest friends.  However, she knew I am “into this stuff” so she shared an interesting development in her life. You see, Catherine’s husband has a stressful job and has a tendency to bring his stress home and share a dose of it with Catherine during dinner.

She said, “The first year or so, I just listened and tried to console him.  However, the more I did it the more he nagged and complained. It became a habit for him. Eventually I got so tired, I started nagging in return, then we would argue, get into fights, slam a few doors and go sleep in separate beds.”

One day Catherine decided she couldn’t live like this anymore. She decided to do something about it.  She invited over five of her best lady friends for a “talking party”, think “Sex in the City” type of deal. She confided in them about the depressing issue and they decided to look for a solution but they didn’t have to wait long. One of them (Sofia) was a yoga teacher and declared she new just the right recipe on how to neutralize this nagger.  If you are ready to be acquainted with this secretive ancient Vedic practice then get your pencil out and make notes cause your life is about to flip upside down…

Sofia whipped out a caring but playful smile and started: “Ladies, when your partner comes home all angry, irritated and exhausted, it is imperative you don’t jump at  him with interrogating questions as to what went wrong, why does he bring this attitude home… or worse, start telling him about all of your problems too or  sticking some late bill in front of his nose.” Catherine said when she heard this she knew she was in trouble immediately as she was making these exact mistakes.  Everybody’s interest was peaked to the maximum now…

Sofia continued on to share advice from holy Vedic scriptures.  She said “What I’m about to share with you has been proven effective for thousands of year.  If your husband comes home drenched with negativity, here are three steps you have to take:

2. After the cleansing ceremony make sure to cook for him something homey and offer him a delicious (and if possible beautifully garnished) meal. Yes this sounds like lots of work but hey, you want 20 minutes of work or a night of hell?  Whether he feels like it or not, have him eat something.  Be patient and don’t ask him about his day yet.

3. The first two steps will surprise him but the third step will blow his mind completely. Now ask him to go lay down and take a nap for twenty minutes or so. No matter what he says, he MUST kick back and just relax, ok?

You can put a timer on and be ready.  After 20 minutes pass, there will emerge a strange being through that door.  Gentle as a Teddy bear, soft as a bunny, a brand new man that you will be happy to spend the rest of your evening with.”

Catherine said she was excited a schoolgirl before a beauty pageant and could not wait to put it to use. Next time her hubby turned up at the door all worn out and about to unleash his nagging campaign he was greeted with this protocol.  To make a long story short, there were awkward looks, there were bewildered faces but as obedient patient, he blindly followed Catherine’s advice and went through the motions. Catherine could see her husbands face thaw with that shower, lighten up during a meal he enjoyed from porcelain plates and saw a big smile after he emerged from his 20 minute nap.  It all worked like a charm!  At the end of all, he simply, said “Honey, you’re a perfect wife. You’re amazing.”  Catherine said she then asked “Trouble at work?” and her hubby simply answered “Yes, a day from hell but I just figured out how to solve everything tomorrow.  Do you want to go to the beach this weekend?”  Catherine was on cloud nine too.

There you have it: Shower, meal and sleep.  The most primitive of all needs down our pyramid of necessities in life. Who could have known?!  I am imagining this would work wonders with any nagging, exhausted wife as well, perhaps even more than a man will expect… if you get my drift. 🙂

Now its your turn.  Try it and let me know how this worked (or didn’t) for you.  Share your story or insights in the comments.  Have fun! 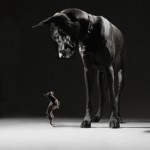 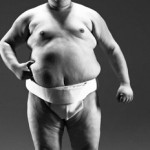 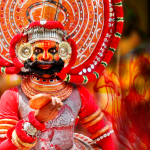 Next post: How to Confront Your Angry Spouse and Reclaim Your Self-Respect

Previous post: How to Respond to Verbal Abuse When You Hate Fighting

Every adversity carries with it the seed of a greater benefit."
-Napoleon Hill